I will be offering the following services at a discount of what you would pay in a store. If you find anyone lower let me know.

Please call or text first before coming as I am not always available. Afternoons are best and I do not answer the phone before Noon

phone 602-672-6724 Texting me is always easiest, I got a new phone but it rings all the time with spam so I had to install Robokiller ap. Please clearly state your name, slowly your phone number and why you are calling if Robokiller intercepts your call. It also blocks private numbers. A lot times the phone only rings once before it is intercepted by RoboKiller. It records it and I will call you back when I find it. My voice mail does work now but some times it takes hours to notify me I have new voice mail. Some times it takes a couple hours for texts to get to me, usually instantly but not always. If you don't leave your number in the voice mail I have to guess which of the 10-20 calls I get in a day was yours..

Please E-Mail any comments to me

I prefer cash, you pay me when your machine is done and you pick it up. Though I can take checks but then I have to deposit them. I have a square credit card reader but they charge me $6 for processing which I would have to pass on to you and the last time I tried to use it would not load. I can take Zell though my email or phone number, last time I did so it took 3 days and a weekend (was paid on Friday was Wednesday before it credited) to get in to my account so it is not preferred. I can also do paypal though my email or $dsscheibe for cash app but they also take time to transfer to my bank account.

What I need from you. Foot control and power cord, bobbin and thread you are using preferred. Often bad thread can be a issue. Incorrect or damaged bobbins are a common problem. Zig-zag presser foot and needle plate (does not apply to straight stitch machines). Embroidery machines I need in addition to the above anything required to do an embroidery; unit, including hoop, thread, stabilizer and fabric, any design you want me to test. Commercial machines and older sergers and really old sewing machines that do not take standard needles I need new needle with the machine. I do not have a supply of non-standard needles.

Some how after windows 10 messed up my computer in early 2022 and I had to reinstall everything, an old version of my website was restored and got uploaded to the host, I just discovered it on April 23, 2022. With this version prices and some other information was corrected or removed. May 13th, I realized that my address, payment information, phone number and the map was gone.. 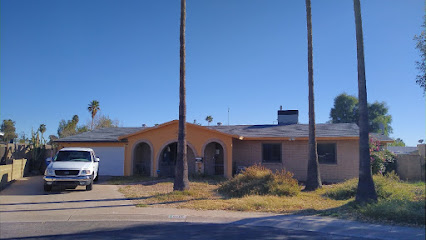 Directions: This is my home, it is south of Hatcher Ave in a deep cul-du-sac, between 37th Ave which turns in to Perdue as it goes around a curve where it meets the east end of Hatcher. The west end of Hatcher ends at 39th ave about a block south of Cactus Wren Elementary school. Hatcher does not go through to from the west to 39th ave, on the west side it drops down and turns in to Mission. 39th is the mid mile light on Dunlap Ave between 35th Ave and 43rd Ave, if you turn North on 39th you will come to Hatcher on the Right side about a half a block south of the school and Carol Ave from the west. If you are coming south on 35 you can turn west on Eva St to 37th Ave and go north to Hatcher. From 43rd Ave you can turn east on Carol Ave, go past the school turn right on 38th then the next left on to Hatcher Ave. You CAN Not get here from Peoria Ave because the Cannel runs diagonally though the square mile about two blocks north of me. Any streets north of the cannel can not get to the south side of the cannel or vise versa. 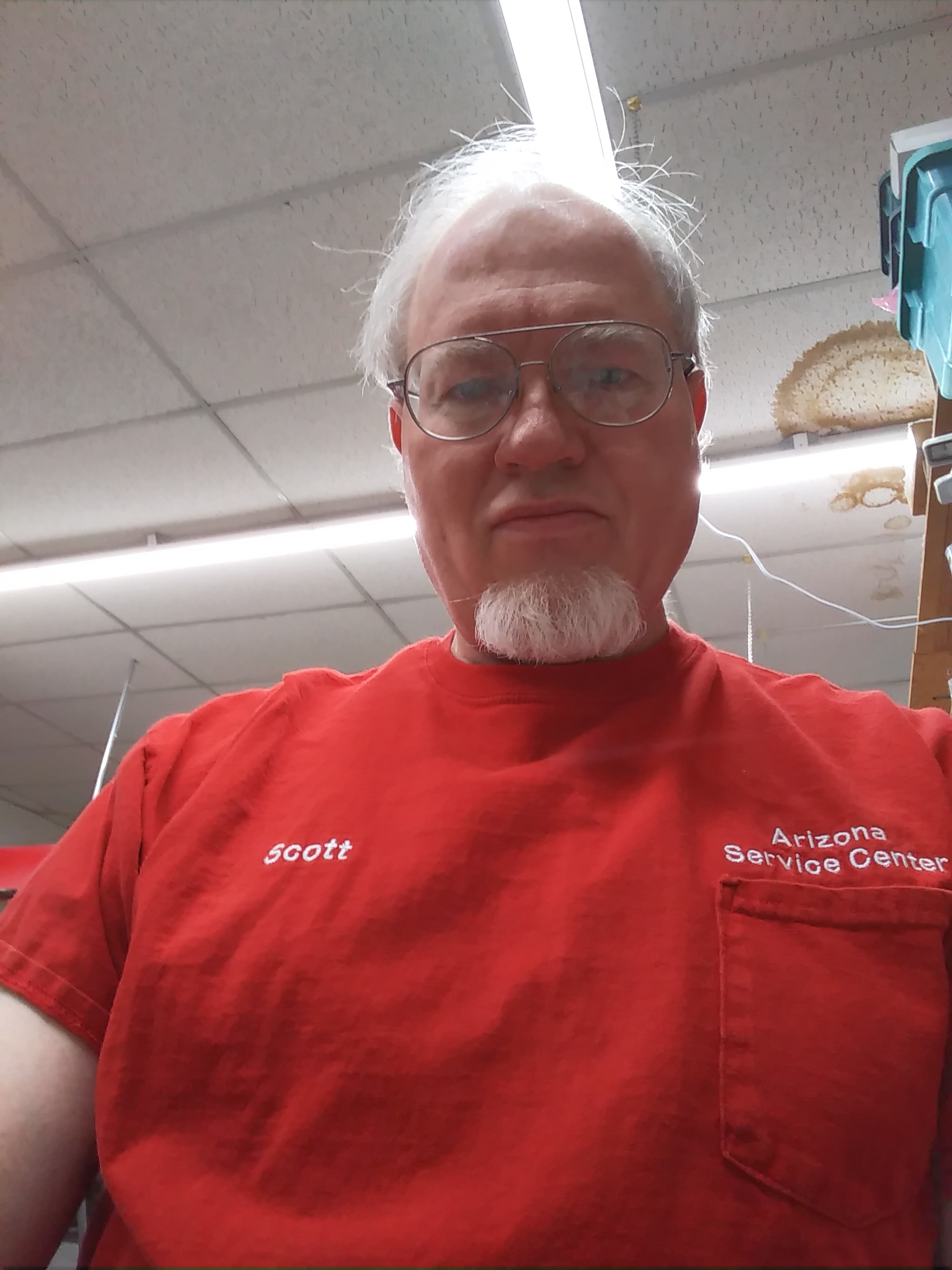 One of the best sewing machine Technicians in the South West never got had a significant raise in over 10 years and in need of more income and now has been laid off due to the corona virus.. They claimed they had no orders for machines and have no money to pay us but only I and the driver were furloughed even though I have been in the service center longer than the others combined.. And they did not lay off the manager who made twice much as us and really didn't deserve it. Having worked for SVP for 22 years in April and at the Arizona Discount Sew & Vac for 10 years prior in Glendale, Arizona at the Viking Store a total of 32 years in August 2020.

I'm the guy who fixes machines other people attempted and made them worse. My specialty is older machines, probably one of very few in the USA that can correctly work on Viking 6000 series. I can work on about anything but only have some parts for Singer, older Vikings and some class 15 machines (ie front loading removable bobbin case with flat sided bobbins).

A bit about me, I came to Arizona in 1986 to go to Arizona Automotive Institute where I earned an Associate Degree in Automotive and Diesel Technology. I worked for a few months as a mechanic but found I had skin problems with petro chemicals and my hands cracked and dried up. Never had trouble in auto shop in high school or at AAI but most of the stuff we worked on was clean as opposed to customers cars. I had to give up being an auto mechanic. A career counselor signed me up to go to High Tech Institute where I earned an Associate degree in Computers and Electronics, at the time we were running 80386s with DOS and Win 3.11. While I was going to school in the afternoons I worked morning and evenings for Bernina of Phoenix for Dave Sondrupt. Just before I graduated Bill Clinton was in office and cut military spending, most of the electronics industry in Arizona made stuff for the military.. So there were people with years experience looking for the same electronics jobs I was. Dave's wife left him and he closed his business, before he left he found me a job with Ron Gullick at Arizona Discount Sew n Vac in 1988

I worked for Ron for 10 1/2 years. Then in April 1989 Viking White took over and opened several stores inside Jo Ann Fabrics. We were all hired by Viking VWS, (later became SVP Worldwide) and I had worked for them until they furloughed me for 60 days on March 23, 2020. And when I started this business to make money while furloughed they fired me for working against them.. If they had paid me decently I would not have had to do that but was barely getting by on the $18.47 they were paying me. By the time taxes, insurance and 401k came out I was only getting $962 Net every two weeks. And the first check paid the mortgage, I only get by now because I took money out of my 401k and paid off the house and am not driving 20 miles one way to work every day. I was 22 when I came to Phoenix and am now 58.